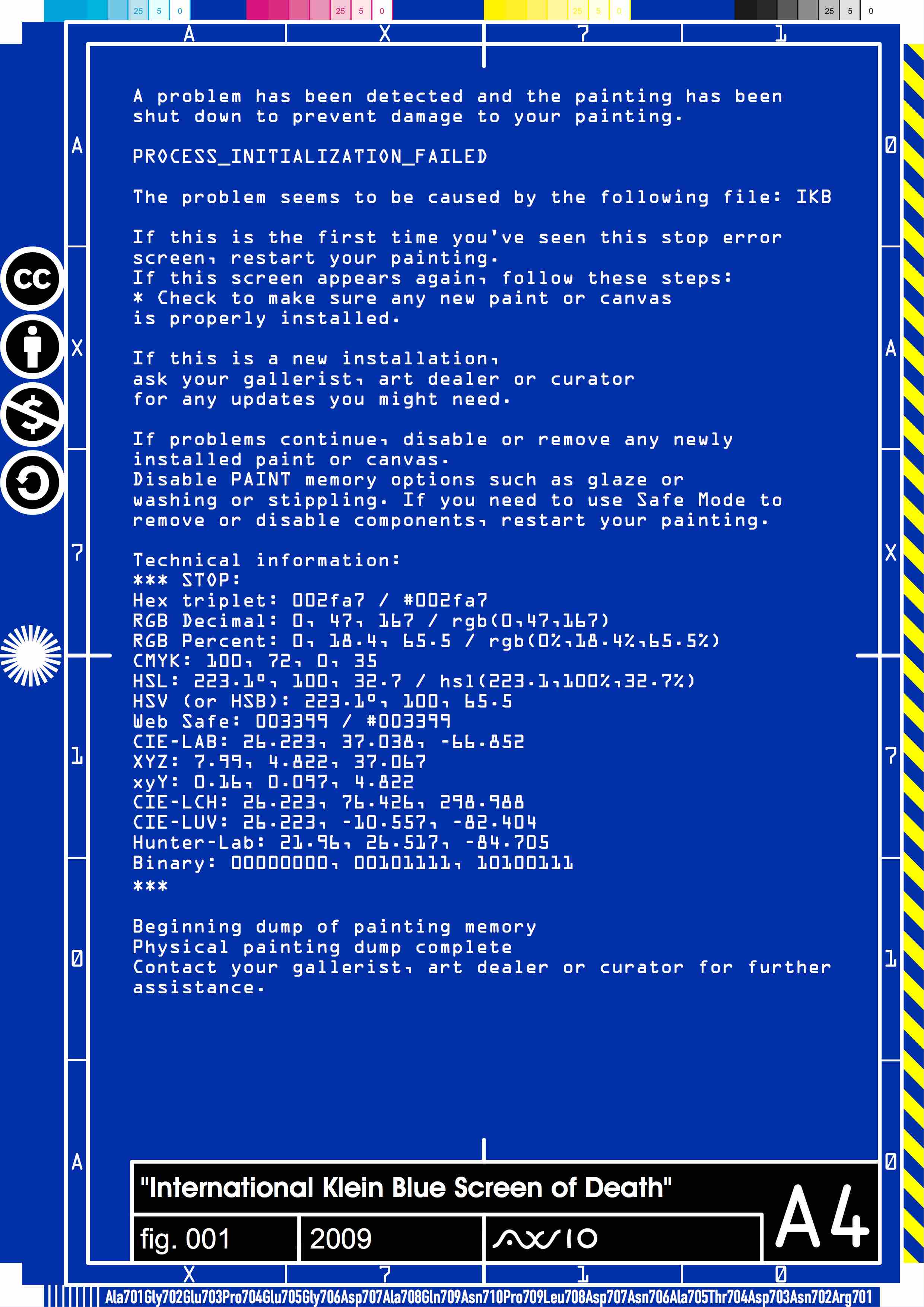 Remax on the Blue Screen of Death and IKB.

International Klein Blue (IKB) is a deep blue hue first mixed by the French artist Yves Klein. IKB's visual impact comes from its heavy reliance on Ultramarine, as well as Klein's often thick and textured application of paint to canvas.

International Klein Blue (IKB) was developed by Yves Klein in collaboration with Edouard Adam, a Parisian art paint supplier whose shop is still in business on the Boulevard Edgar-Quinet in Montparnasse. The uniqueness of IKB does not derive from the ultramarine pigment, but rather from the matte, synthetic resin binder in which the color is suspended, and which allows the pigment to maintain as much of its original qualities and intensity of color as possible. The synthetic resin used in the binder is a polyvinyl acetate developed and marketed at the time under the name Rhodopas M or M60A by the French pharmaceutical company Rhône-Poulenc. Adam still sells the binder under the name "Médium Adam 25." (Wikipedia)