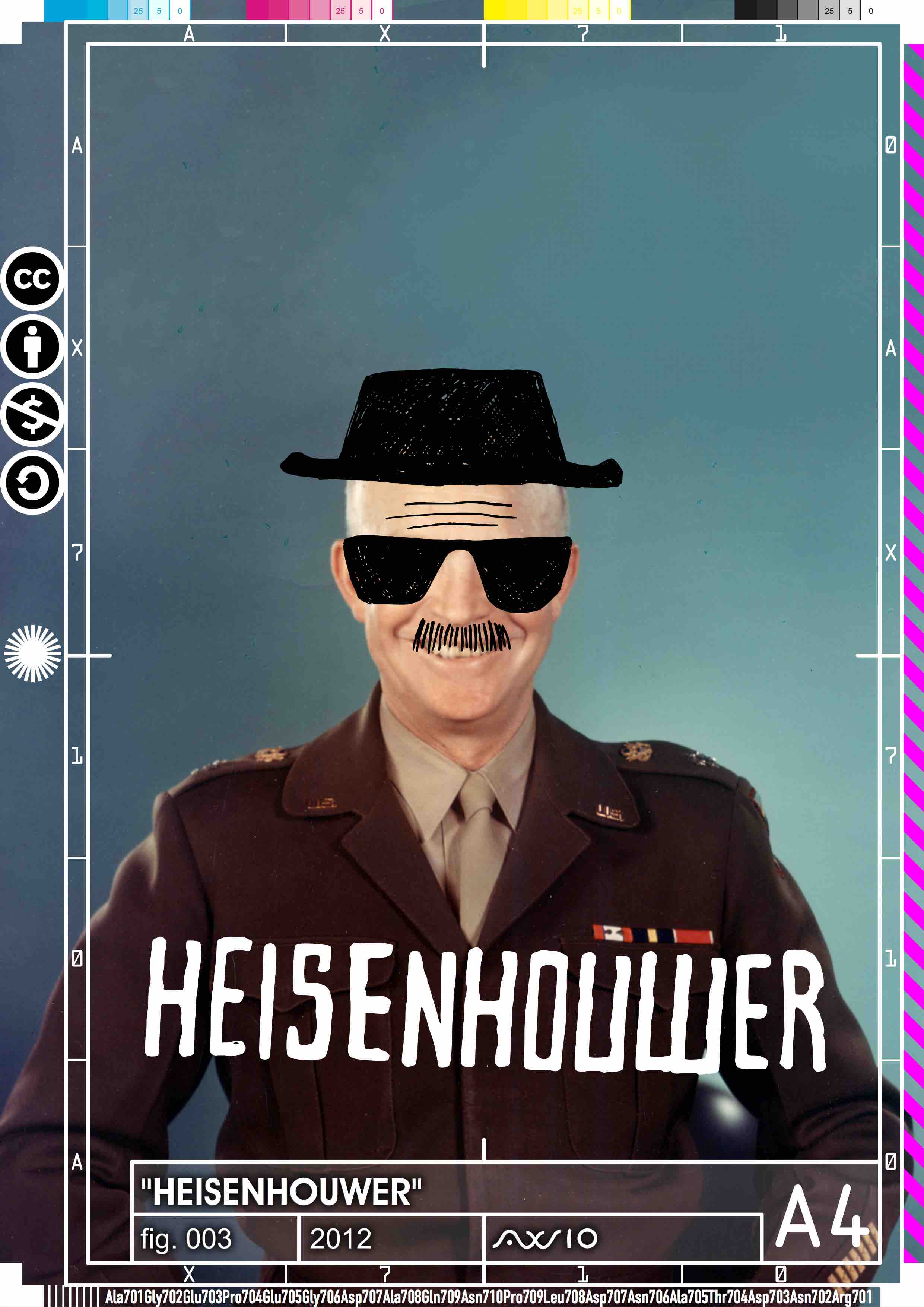 Remax on Walter White alias Heisenberg in Breaking Bad, an American crime drama television series created and produced by Vince Gilligan originally aired on the AMC network for five seasons, from January 20, 2008, to September 29, 2013 and Dwight D. Eisenhower an American politician and general who served as the 34th President of the United States from 1953 until 1961.